When reading this website which has been especially designed for you, the reader of my new Self Hypnosis book, I believe it is important to say that  two of the people that influenced me most were Émile Coué and Napoleon Hill. Coué became world famous for bringing  self-hypnosis into the public eye with his ingenious and simple exercises, which he preferred to call auto-suggestion. He had institutes in Paris, London and New York. and Napoleon Hill, whose book Think and Grow Rich which has sold  around 100 million copies, was instrumental in me having such a thriving practice. I simply read his book and followed it. These two great thinkers and their methods are still as fresh as they were in their era. 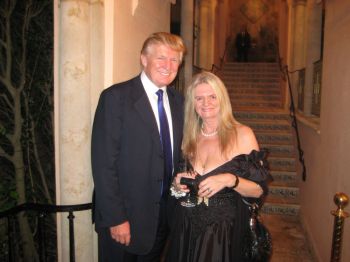 I read it just as I was starting my  hypnosis practice. It had been recommended to me by a colleague who I greatly respected. He said it was unlikely that any CEO of a major company wouldn’t have read it. This is the book that a lot of famous modern motivational gurus based their training on even though it was written in 1937. Next time I should ask Donald Trump if he has read it, as he makes his way to the presidency.

I couldn’t put the book down and followed the simple instructions implicitly. I remember thinking that parts of the book were very much like self-hypnosis. When I interviewed Don Green, the CEO of The Napoleon Hill Foundation, while I was writing this book he pointed out Hill’s interest in hypnosis and highlighted the fact that Think and Grow Rich has an entire chapter on auto-suggestion.

Then the penny dropped and I realized that when I read Hill’s book it was in early 1990, the year I made £100,000. At that time it was a great deal of money. I remember I wrote down my plan on the goal sheet as it suggested, did my visualization, repeated the affirmations, and used some self-hypnosis.  I was extremely busy but very focused and became extremely successful shortly after I read it. Throughout my career I always return to the basic principles, both in hypnosis and setting goals,  rather than complicated ideas as they seem to get better results. 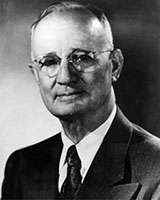 Napoleon Hill was an American author who was one of the earliest producers of the modern genre of personal-success literature. His most famous work, Think and Grow Rich (1937), is one of the best-selling books of all time. Hill's works examined the power of personal beliefs, and the role they play in personal success. It is widely recognized as the definitive guide to personal and business success, even in modern times.

I would highly recommend that you read Think and Grow Rich and if you have already read it read it again. The structured self-hypnosis that you will learn in Self Hypnosis combined with the information you will learn from Hill’s book is a potent combination. This is your key to success. I used the principles and it worked for me. You may want to have a happy life or be incredibly successful. Either way it is the best way forward.

Self Hypnosis by Valerie Austin

I also recommend buying my first self- hypnosis book also called Self Hypnosis which was first published in 1992.
It is

quite different from my new book as it  contains case histories which illustrate how the mind works, especially in regression. It gives more in-depth information about the mind, and that's why it has been recommended reading for people wanting to be professional hypnotherapists. There are some really curious examples of how our subconscious and thinking governs our actions and outcomes, something that Napoleon Hill illustrates perfectly in Think and Grow Rich.